Thin section petrography is the science of looking at a rock under the microscope and describing its structure. A section is taken through a rock and ground down to a thickness of about 30 microns, which is thin enough for light to pass through. The resultant image can be beautiful:

The technique is not confined to thin sections: examining polished blocks of coal material, to establish coal maceral composition in detail, allows the operators of steel plants t adjust the rate and composition of feed to optimise burning with the smelters. There are even applications in melissopalynology: checking that honey labelled and sold as a high-grade, premium product is indeed what the label claims it to be, and not either cheaper, lower-grade honey or even adulterated with corn syrup. Chemical analysis alone is generally insufficient, only visual inspection of the pollen and identification of its source will confidently support the claims.

The primary tool of thin section petrography is point counting: the rock is described in great detail at a large number of (representative or random) points and statistical techniques used to analyse the resultant information. As can be seen from the above image, what we think of as a rock at the visible scale is a highly heterogeneous mixture of particles, interstitial clays and cements, and pore spaces. Their relative composition, structure, inter-relationships and history are all important in determining how the rock will behave. What information is important will vary depending on the application: a sample of concrete taken from a built structure will be examined to determine the likelihood of catastrophic failure whereas an oil-bearing rock  is f interest for the amount of oil it contains (porosity and saturation) and the ease with which the oil can be extracted (permeability).

The petrographer's input is critical. This is not a task that can as yet be undertaken by a computer, neither from analysis of light microscope images nor by using sophisticated SEM (Scanning Electron Microscopy): SEM can, for example, quantify the amount of each chemically distinct component, but only the human eye can, at present, identify the habit, morphology and hence history, each of which typically will vary within each component.

A polarising microscope is important because the plain light image may hide some information. For example, compare what looks superficially like a single grain, the large white area at the left of the image below:

with the blues and browns of the same portion of the thin section in the XPL image at top.

Point counting requires enough points to be described for a statistically valid description of the whole slide to be formed. The number will vary with the type of material and the degree of confidence required, and hence the purpose to which the analysis will be put. A study of an oil-bearing rock may only require 400 points per slide, whereas a safety-critical concrete structure would typically be described at 1000 points. To aid the analysis, automated slide-moving devices (stepping stages) have been built, and software constructed to connect the microscope to the computer and camera. But why a camera? The method requires the microscope to be present, so that the filters can be applied. Hence, attractive as the idea may appear, undertaking the analysis from pre-collected images is not practical and, once the point has been described, there may seem little point in having a photographic record.

However, there are many advantages of recording each point (in both PPL and XPL), including:

Thus, including a camera in the point-counting work flow is increasingly regarded as essential. Camera choice is in some ways different for petrography.

High resolution (large number of pixels) is not generally important, because for the point counting itself, only the point at the centre (under the microscope's cross-hairs) is relevant, so a large image is not needed. If an overview is required, then stitching many images to form a mosaic will provide this.

Colour consistency is important, as colour can be diagnostic for certain minerals.#

Image refresh speed is important. When looking through a polarising filter, the petrographer is not only looking at the extra information that polarisation shows (see above), but also checking the extinction angle. When polarising sunglasses were first generally available, we all had fun looking through two pairs at once and rotating one until the image went dark. Some rocks will act like a second filter, so that the image goes dark after a certain amount of rotation relative to the microscope's polarising filter. This relative angle, the extinction angle, can be diagnostic for the mineral, so the petrographer will rotate the image until it goes dark, then record the angle. The camera should be able to keep up with rotation of the microscope stage, in real time.

Dynamic range is important. In the images above there is quite high contrast, but some rocks have far greater contrast between almost opaque minerals and almost transparent. Capturing several images at different illumination levels is possible but not as convenient as the camera being able to capture a higher range.

The technique of point counting thin sections is used in many other fields than those already mentioned. In archaeology, point counting the composition of clay pots can allow provenance identification based on geographical availability of the raw materials. A recent application of this technique is allowing archaeologists at the Museum of the First Emperor in China (Emperor Qin Shihuang’s Terracotta Warriors and Horses Museum) to relate the terracotta figures to the location of the materials from which they were made, and hence contribute to the study of how this huge undertaking was managed. 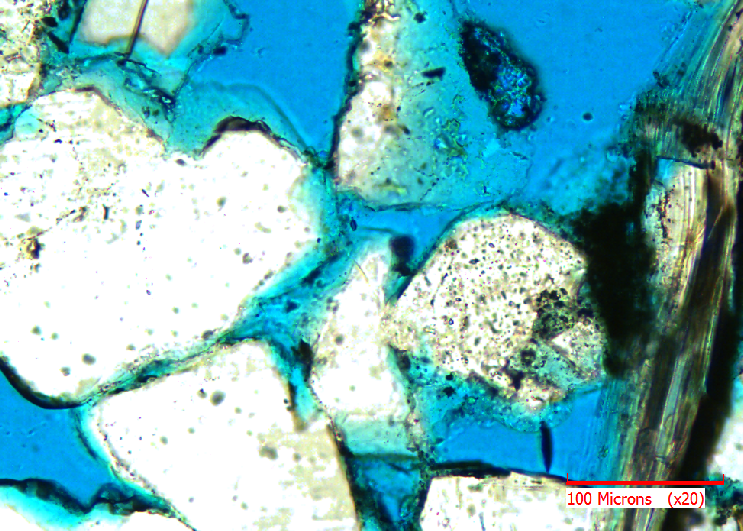 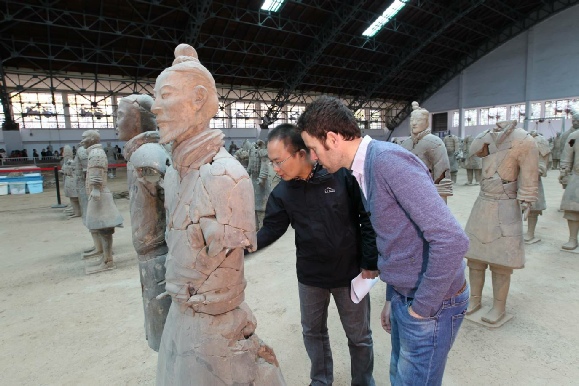 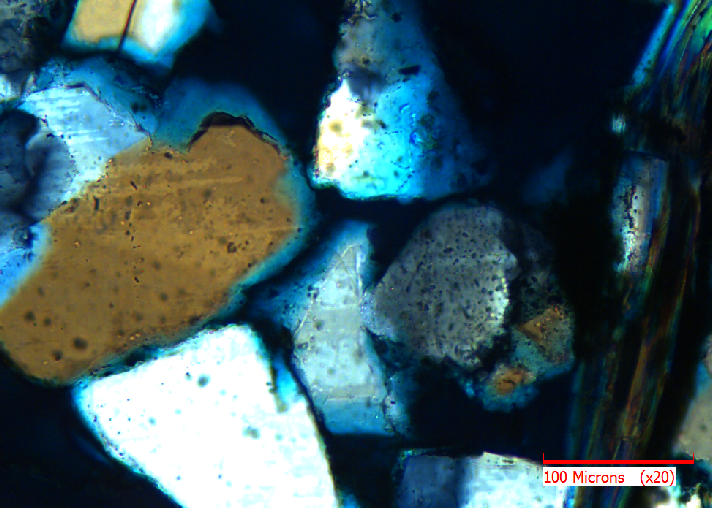